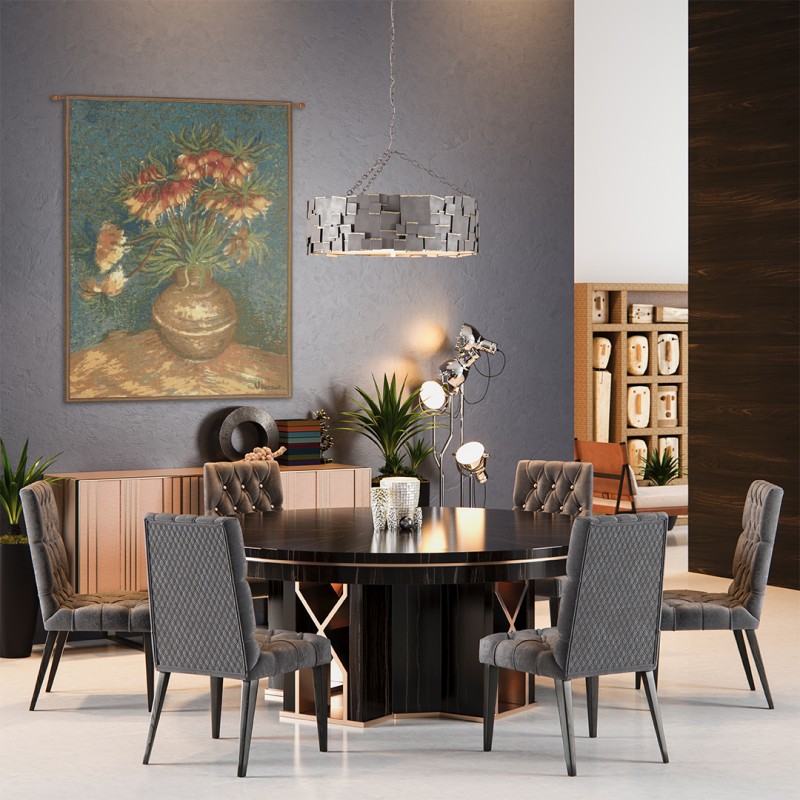 For a long time, I have been fascinated by the art that goes into crafting French-style tapestries. This made me come up here and talk about them in brief, so you can have an insight into how this beautiful craft came about. It has rarely been an issue for me to write about tapestries as there’s a long list of tales that I could tell which might take another 100 blog posts.

To begin with, I want to delve straight into the French, Italian, and Belgian tapestries that have some of the most diverse varieties of designs. Out of the three styles, the elegant French tapestry is surely the more dominant one. Those of you who have visited France would notice a great amount of influence on the tapestry from the art of the 17th and 18th centuries.

A visit to the popular art museums and chateaux will tell you how French tapestry evolved into what it is today under the influence of Louis XIV. He was instrumental in popularizing the use of tapestries for decoration. He brought in hundreds of tapestries for his royal palaces. When I went to Blois to see the chateau, I saw the walls of the long hallway decorated with hanging tapestry wall art that featured beautifully crafted pictures of the palaces of Louis XIV. One of the most popular tapestries of them is the Royal Palace tapestry, replicas of which are now easily available as a decorative piece.

Coming back to Louis XIV, the king took along an artist with him to the battleground so he could be depicted through art in which he is directing his troops. This depiction was later used in tapestries and glorious paintings whenever the king was victorious. Later, his successor Louis XV was not too interested in large wall tapestry or tapestry in itself. However, his patronage of Francois Boucher (1703-1770) was crucial in the evolution of the elegant French tapestries.

Even after the French Revolution, tapestries were vandalized by kings and emporers who followed, there was a sense of luxury and class among a lot of kings and emperors which saved these tapestries from being completely wiped off.

Shortly after that time, the Jacquard style loom was invented which is mainly the basis of modern wall art tapestry weaving these days. French tapestry remained a thriving art during a large part of the 19th century, during which Beauvais was used for weaving the tapestry.

There’s no doubt about how much I love France and especially Paris for what it has to offer. The elegance and effort they put in their art are phenomenal and breathtaking at times.

Visit us today to explore more